G’day and happy New Year to everyone, welcome back to my Yepper!
I sadly had to realise that most of my year is gone and I have about 5 months to go, so I’ll surely live them at my best. In fact, January has been the busiest month so far as I have barely been home, and I really enjoyed it!

The last days in Port Macquarie have been very nice, I spent most of them at the beach with host family and friends, and I can say I can kinda surf now!
Over this month I also had to move from my second to third host family: this last is made by the mum Kelly, the dad Craig and the two little girls Scout and Evie. I won’t lie, it’s been pretty hard leaving my second family cause I felt so attached to them and we spent heaps of amazing moments together, but fortunately the new one is great as well, the girls are lovely and I’m already settling in, plus they’re very close friends with my second family so sometimes we’re spending time all together, I couldn’t ask for anything better!

As soon as I came back from Port, I left to spend a week in Avoca Beach (Central Coast) with Paul, the president of my club, and his awesome family. Again, of course most of the time has been spent at the beach, swimming and sun backing (fortunately my skin is dark enough to don’t get burned), besides a rainy day that I used to visit the beautiful city of Terrigal and cook a yummy tiramisu.

I had a great time, also cause Paul’s children are a bit older than the kids I use to living with (don’t get me wrong, I love kids, but it was nice to be able to have a proper conversation with someone around my age ahaha), so I’m very glad that they took me with them!

After Avoca, I went to Canberra for a week to visit my Italian friend Luca (who is an exchange student in there) as well as the city. I’ve been so lucky because while I was there there was pretty much no smoke, compared to a week before when the city had the worst air quality of the world. So I had the opportunity to do heaps of sightseeing, accompanied by my personal guide (Luca, he’s visited every monument and attraction way too many times ahaha): we went to the Two parliament houses, to all the museums such as the national gallery,  national library, the national museum, we had a walk in Anzac Parade and up to the lookout.

I really enjoyed the view from there and I could clearly see how the city has been planned before actually being built, and that’s why it looks very orderly. We also spent lots of time with Luca’s friends, who are lovely: one day we went to Black mountain Peninsula, a great spot on the lake, some nights we went to Civic, the centre area (way more equiped than the Tamworth one ahhah) and to Belconnen Centre. But I had the best time when we went Karaoke: we had great fun, even tho surely none of us will ever go to XFactor ahaha. So I can say I really enjoyed visiting Canberra and seeing the place and the people that are making my friend’s year; I’m also very thankful to Luca’s family who generously hosted me over these days.

SAILING ON THE HARBOUR

On our way back to Tamworth, we stopped in Sydney for a day and went sailing on the Harbour with my host family and some of their friends. Seeing the Harbour Bridge, Opera House and all the Circular Quay from the middle of the harbour gave everything a special look and even tho it wasn’t the sunniest day ever (it even rained at some stage) I still really enjoyed it. 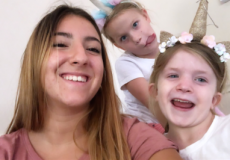 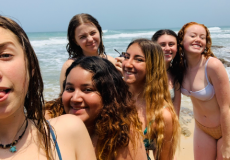 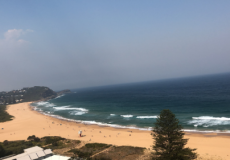 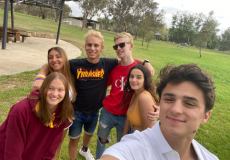 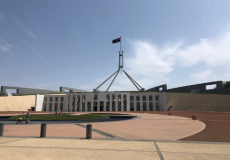 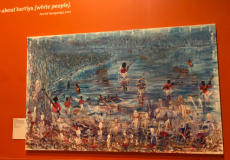 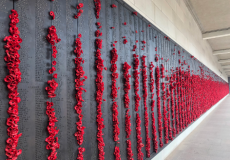 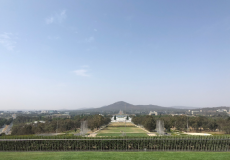 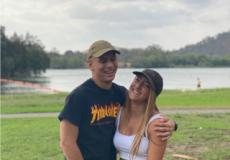 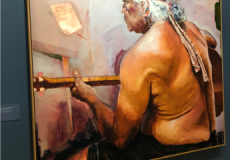